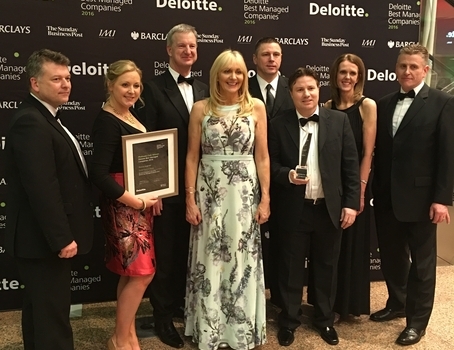 Tazbell were delighted to be announced as a Deloitte & Touche Best Managed Company for 2016 at an event hosted in the Convention Centre, Dublin on March 5th 2016. CEO, St John O'Gara, pictured with event host Miriam O'Callaghan, was delighted that Tazbell had reach the Platinum level - which is the highest category in this prestigious award marking the 7th year that the company has been associated with the awards.

Get in touch to find out more.

Our experience is applied to maximise value to meet the needs of our clients.